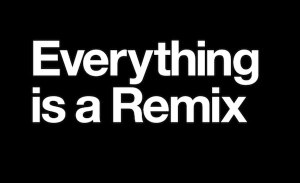 Released in the summer of 2012, these two remixes of “It’s Time” are not close enough to 2013 to merit a place on this list, but they’re worth noting because they’re both quite good.

Interesting, trumpet-fueled take on a tune from a triumphant EP.

I’m not categorizing this as a mashup since the vocal isn’t Lana Del Rey’s, so here it’ll rest. The “Video Games” vocal works really with with the music of Monarchy’s “The Phoenix Alive”.

Liar’s remix leaves The 1975’s “Sex” almost unrecognisable, vocally and musically. The sadness of the original is punched in the gut and left for almost-dead.

Slows down the pace but keeps the hooks.

Bewitching dance-pop, with a shot straight to the medulla oblongata.

The robot likes to get funky.

RAC are reliable when it comes to remixes. This is one of their best. Possibly even catchier than the original.

Lovelife kill this remix. Natalia’s Gaga drawl is put through the ringer and comes out unbearably fresh.

As mentioned in the first list, Mike Tucker has been on fire the past couple years. From his Blood Diamonds’ music (“Grins”, “Ritual”, and “Phone Sex”) to his remixes, he’s putting his signature on a whole bunch of really cool dance music. This might be his best remix to date.

A tip of the cap to CB for this one (check out her page here: https://soundcloud.com/careblundell). Sound Remedy have a way with remixes that’s utterly unique. Trying to remix Nirvana would spell trouble for almost anyone — not Sound Remedy though. They let the indelible riff of “All Apologies” do the heavy lifting here, augmenting it with a grace that’s rarely heard in the remix game.

Probably the most popular remix of 2013. Not much to say other than it’s a massive banger.

“Wasting My Young Years” is a gorgeous, heartbreaking song. Musically, it’s relatively sparse since Hannah Reid’s building-levelling vocal is the smasher, so the opportunity to give it a face lift was open for the taking. Kids of the Apocalypse took said opportunity, and did what could end up being their best work. This remix is a heart-pounding, bone-rattling Jaeger of a tune.

Ian Carey does something magical to “Ya Hey”, but I can’t quite pin down what it is. It’s not better, louder, or catchier. What is it then? Perhaps the name Carey gave to his remix says it best. Perhaps “Ya Hey” has been “liberated.” What a marvellous accomplishment.

The poppiest of my favourite remixes of 2013. What Monsieur Adi has done here is make a really good pop song even better. Rarely can that be said of a remix. Wonderful effort on an absurdly catchy track.

The original is one of the most ethereal pop songs of the past 10 years. Somehow, this remix retains the delicacy of its source, but pushes the shy wallflower onto the dancefloor, where all of its fears and insecurities melt away. This is a proper, mid-tempo house hammer.

And then there were two… Far and away, these two tracks were the remixes that affected me most in 2013:

Yep, two remixes of the same song appear in my top 7. And while I revere the Kids of the Apocalypse Remix, I’ve something more than adoration for this Sound Remedy Remix. At once, I adore it, I’m saddened by it, I’m completely moved by it. There’s a euphoria in the desperation here, and despite the disparate nature of those two feelings, there is a singularity at play that reigns supreme. It’s unfathomably difficult to conceive of such a thing, let alone achieve it, yet Sound Remedy have done it. Already, “Wasting My Young Years (Sound Remedy Remix)” is one of my favourite remixes of all-time. It’s also one of the best tracks, remix or otherwise, of 2013. Magnificent.

If you want to get lost for 7 minutes and 20 seconds, play this track. Hell, you’ll likely be gone for more than that, as the re-orientation process will take some (probably a lot of) time. Beyond the 7:20, there’s the time off work that you’ll need, as this track will force you into a solitary frame of mind in order to evaluate everything from love to space to time. And on top of that, there’s the time spent in the hospital, as on your slow stroll of self-reflection, the outside world became a moot point, though unfortunately, the car that hit you as you vacantly jay-walked across a busy intersection, did not. So yeah, I’m probably underselling it by saying it’s a 7 minute and 20 second commitment. The good news is, whatever trials follow after first hearing this remix, this remix will serve as the solace and the soundtrack.

I’d say this remix is soaring, but it’s more than that. Sometimes it soars, other times, it’s still. Whether soaring, or in a state of stasis, the song sees serenity and sustains it. Whether it’s at one of the several beat drops, or when Joe Newman’s haunting, unforgettable vocal comes in at 2:37, the serenity never ceases. There’s a remarkable peace here that is so elusive to the artistic experience, let alone music, let alone a remix. There’s a gorgeous, glowing sadness to the original “Matilda”, and somehow, by some manner of magic, that sadness is not dismissed, but accepted, resulting in blissful transcendence. This transcendence is what I seek in music; it’s what the best art delivers, and I’ve found it here.

Johnson Somerset, you sir, are a saint. I’ve taken the liberty of beginning the canonization process for you, hope you don’t mind. What you’ve done here, for remixes, for music, for me, I’ll never forget. Transformation, complete. (Until the next one.)