It’s fairly clear to me that the business — and make no mistake, it is a business — of predicting Oscar winners is a burgeoning activity that more and more people partake in each year. Be it at the office, or among friends and family, people really seem to enjoy forecasting Academy Award results in hopes of winning prizes, cash monies or the respect of their peers (a.k.a. sticking it to Guinevere from reception who once saw Dark City in her film noir class and now thinks she’s the second coming of Gene Siskel).

Why do people bother predicting? I see a few reasons for this. Many people take in The Oscars in some sort of communal fashion, so making tangible predictions and writing them down, or simply vocalizing them (for those less competitive gatherings), helps spice up the evening even more than the unbearable jalapeno cheddar dip Salvatore from accounting brought (he’s on “office pariah” watch for two weeks because of that ghastly concoction and he’s hella sad). People also love to bust out their inner critic, so when given the chance to prove their mettle and discerning, sophisticated knowledge of moving pictures, they jump higher than Tarantino at an 8-ball. Lastly, and probably most importantly, predicting The Oscars makes you 37% less likely to fall asleep and choke on your own tongue. We’re moving to become healthier consumers, and these are the steps we must take. 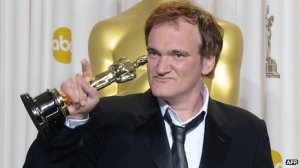 So how do you get an Oscar-predicting leg up on poor Salvatore from accounting, Rosco from janitorial services, Jentille the intern, or Quvenzhane from child labour? You go to the people who know. And who knows? No, it’s not Rick Campanelli, nor Joan Rivers, not even George Clooney (okay, yes, it’s Clooney — it’s clear as the San Diego sky that Gorgeous George runs Hollywood, so bear with me for a minute and let’s take another fork in the road), but a little place in the desert called Las Vegas. Yep, Sin City is by far the best predictor of who’s going to take home those 8.5 pound slabs of golden resume.

Why? Quite simply, because of that little thing people do in that little place in the sand. No, not ordering hookers and Domino’s (a.k.a. The Meat Lovers Ultra) to your hotel room. No, not renting a white Lamborghini Countach so as to drag race Vanilla Ice down the strip. And no, not even stalking Celine Dion at Caesars Palace until Rene is forced to leave the craps table, let his pony tail down, and throttle you with a masterclass in Jiu Jitsu for eyeing Quebec’s Mother Teresa. The little thing I’m talking about is gambling. (Okay, so that definitely does involve Rene, but I digress.)

Specifically, the gambling I’m referring to has to do with sportsbooks, the places in casinos where you can bet on football, baseball, or hockey games, and increasingly, much, much more. Nowadays, you can bet on almost anything where the final outcome has yet to be determined. You can bet on who the next Pope will be, who will be the next President of the U.S. (yes, all the way in 2016 — that’s called a future), and of course, as it’s been for some time now, The Oscars. These sportsbooks set lines that tell us who the favourites and underdogs are in each category. (For the uninitiated, a line is a specific number or fraction that tells us how much cash money you need to risk in order to win. For example, if a team, or in this case, an actor is a 1/5 favourite, or -500 [minus 500], it means you’d need to risk $500 to win $100. Conversely, if someone is a 3/1 underdog, or +300 [plus 300], you’d be putting up $100 to win $300. Simple enough.

The goal of a sportsbook is to set a line so that an equal amount of cash money comes in on both, or all sides, equally. It doesn’t always work out that the books receive equal action, but they still find a way to build all those hotels anyway, so they acquit themselves well over the long haul no matter where the action goes.

To get better at predicting The Oscars, you need to do two things. One is very rudimentary, and would serve you well if you only want to put in nominal effort, while the second would send you flying past Salvatore (poor guy; ease up office snobs, it’s not his fault he put 25 tablespoons of cayenne pepper into a dip that weighed 26 tablespoons — he checked the internet, and Guy Fieri told him to do it), Rosco, Jentille, and Quvenzhane into the Oscar-predicting hall of fame.

The first is to see who Vegas lists as the favourite. There’s a reason why Argo was a 1/5 (-500) favourite to win Best Picture: because it was going to win. There’s a reason why Daniel Day-Lewis was something like -80,000,000,000 to win Best Actor (okay, the odds weren’t quite that high): because he was going to win. It doesn’t work every single time — Spielberg was a significant favourite to nab the Best Director Oscar and he didn’t — but it works most of the time, and it’s still a better indicator than Guinevere’s Movie Maven blog.

The second, and significantly more telling thing to do in order to enhance your Oscar predicting abilities is to find out what number(s) the sportsbooks opened the lines at, and then see how those lines have moved. Lines are never static. They’re always moving, and they do so because of a few factors, including: how the majority of people have bet, how “big players” have bet, new information about the nominees, and buzz from insiders (who are these insiders? I don’t know, and you probably don’t either, but Vegas does). 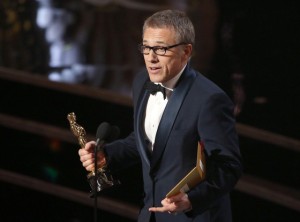 Other line movements are not so subtle. Christoph Waltz opened up as a David against Goliaths, where the books gave him virtually no chance, and listed his odds to win Best Supporting Actor at around 25/1, meaning if you put up $100, you’d win $2500 if he won. The line ended up moving an absurd amount, where in the days and hours leading up to the event, Waltz became only a slight underdog to win, at something around +125 ($100 to win $125). The early bird gets the worm in gambling too. Of course, line movements can work the other way as well, but that would lead us down another fork in the road we don’t have time for today.

I hope this article helps at least a little bit when deciding who and what to pick in future Oscars. Who doesn’t want to smash a proverbial cake in Guinevere’s pious face and show her who knows what about movies. Use this information wisely, and you’ll undoubtedly come out ahead. All I ask is that you use your newfound powers to welcome Salvatore back into office normalcy. He’s still trying to finish that dip and he’s lonely as hell.

One thought on “How To Do Better At Predicting The Oscars”