It recently occurred to me that I really dig three commercial dance tracks from the last year or so. What’s the common denominator? All are sung by relevant, siren-voiced chanteuses, produced by DJ’s, and all have streamlined pulsating waves of EDM joy into pop gitch glory.

In the past, finding this type of song would have required some measure of effort on the part of the listener, as the tunes would’ve resided somewhere on the periphery of mainstream accessibility. Nowadays, dance music, in all its forms and machinations, is so ubiquitous that tracks like these are played regularly on all types of radio formats and can be found drawing hits on all manner of music blogs.

Where the DJ + Siren style of song used to be a strictly remix-style venture, now, they’re flat out collabo’s (Jermaine Dupri just got a 75 cent royalty from me because I used the word collabo [another 75 cents] and he’s happy as a pig in dirt he’ll be able to eat dinner tonight). Ahh ha. Ahhhhh Ha!

Here are the three DJ + Siren songs from the past year that I so dig:

The chorus of “Sweet Nothing” is elite. When I first heard Florence Welch’s voice on “Rabbit Heart (Raise It Up)”, I knew she’d be capable of lifting a dance track high up into the heavens. She’s accomplished that feat with aplomb here.

It’s the verses that really get me on “I Need Your Love”, particularly the second one. This is a smash through and through.

Sia’s vocal absolutely dominates this track. The melody she creates with her voice is astounding. “She Wolf” is infinitely better than “Titanium”, and this, for me, is Guetta’s best track (possibly his only other good one) since “Love Don’t Let Me Go”.

The three tunes listed above are my current favourites, but by no means are Harris, Guetta, or the Sirens the progenitors of the style. When I look back at what’s been released over the past several years, another three tracks come to mind that helped build the Siren/DJ bridge into the Danyan-Kunshan style behemoth it is today. 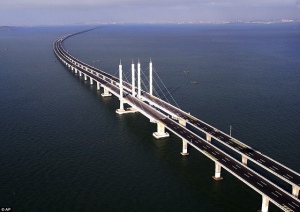 Technically they’re two sirens, but they’re unfathomably harmonious, and twin sisters to boot, so I’m gonna let the backbone slide on this one. This track cannot get stale.

2) Royksopp f. Karin Dreijer Andersson – What Else Is There?

It may be a tad self-serving to describe Royksopp as DJ’s in the traditional sense, but I feel like they’re close enough, and I there’s no way in Hades I could fail to mention this absolute banger.

Looking back even further, more branches of the DJ + Siren Family Tree become apparent as they woosh in the megawatt-speaker propelled wind. It’s interesting how the release of this type of track has developed. In the late 90’s, I started noticing that the M.O. of the style often saw a DJ, typically an up-and-comer, remixing a track from a well-established, mainstream star.

I know there are tracks that go back even further than the three I’ve listed below (the early 90’s Eurodance movement comes to mind, and of course, like all others, that scene has its own distinct lineage), but the following triumvirate had such a profound effect on me at the time of their release that I have to cite them as indomitable influencers. These songs still sound fantastic (over a decade later), and from a pop-cultural perspective, they clearly aroused a sensation in music fans/producers that has developed into a throbbing, unstoppable scene today. Here they are:

My god does this still sound absolutely brilliant 12 years later.

2) Whitney Houston – My Love Is Your Love (Jonathan Peters remix)

Delerium and Sarah McLachlan are probably still buttering their bread because of this gargantuan hit.